Yoga A Way Of Life

A lot has been said about yoga, what it means and what it is. They say how yoga means union with the Divine, or that it means to be yoked to the Absolute. But, what it really is, is a way of life. In fact, it is the way of life that everyone is participating in regardless of any individual belief.

There is not one single spiritual path that is not yoga. Even a seemingly evil path is still one of seeking union with all that is. It is all just part of the cycle that eventually leads to Truth. Ultimately, it is all about choice.

On the deepest level, each one of us is a non-physical individuale. But, we are singular, alone. The path of each individual is seeking union with all the other individuals there are. What we experience on the physical plane is simply seeking for that.

We are like babies that don’t know what they want. Out of desire for that deepest connection, we spend a multitude of lifetimes trying every possible scenario looking for any possibility of even a little connection, some satisfaction that can ultimately only come from a deep connection.

This is what desire is. People think it’s for pleasure or objects, something to please the senses while the real desire, the deepest desire is for union with all that is. So, they go around chasing desires to fulfil the senses when Truth is beyond the senses.

But, it is that chasing after desire that burns out the desire. Eventually the true desire for union is revealed, and the ultimate path of becoming free from desire is found and eventually completed.

No matter what anyone is doing, it is part of their path of releasing desire in the process of coming to union with all that is; the path of yoga.

For those of you reading this, you are most likely choosing to grow, to move toward something more. It doesn’t make you any better or worse than someone who is making a different choice, but it does tend to speed the process considerably.

People tend to be better people as they age. They also treat others better through the ages. As a people the human race isn’t quite as barbaric as we were just a few hundred years ago, and much less barbaric than we were a few thousand years ago.

Likewise, we have lived many lifetimes where we mistreated others, often in ways we couldn’t possibly imagine today. And, we’ve lived as decent caring people. We tend to live lives of opposites. One lifetime we would be one general way and the next the opposite general way.

Experiencing the opposites is also the path of yoga. Patanjali explains it in his Yoga Sutras. He calls it “cultivating the opposite.” There is even a technique called Mind Clearing where opposite attitudes are contemplated until the pair are burned out clearing that piece of the mind.

In a Mind Clearing session you start by talking about a problem. This is Problem Clearing which is a fairly simple process. When an attitude shows up then Mind Clearing is used to clear the root of the problem so there is little or no chance of it returning.

Attitudes are mindsets like, “I’m no good,” I don’t deserve it,” “People are dumb,” or one of the biggies, “I’m not lovable.” Of course, there are many, many more individual ways of being that we all need to go through on our path. There are many psychological techniques that help get past our pain, each another part of the path of yoga.

The path of relationship is also very yogic in nature. The path of intimacy with another is an incredible way to develop a greater ability to be in deep connection with Truth. Tantra, which can be found in several paths including yoga, is a way to increase sexual intimacy which will deepen your relationship.

When the couple is truly committed, deeper intimacy and the ability to treat others better will develop naturally. But, when the path is conscious, when spiritual techniques are employed, that deepening will happen faster.

One of the great things about the information age is that many of the ancient techniques are readily available. It is great to have a knowledgeable teacher, but that isn’t always practical. You can get at least some benefit from easily available information.

Another example is that everyone meditates. Meditation is simply focusing your attention on something. It can be as simple as studying, or even thinking about a problem you might have until you come up with an answer.

Learning more about staying present with the hundreds of videos on youtube can help make your life a lot easier. Learning to focus your attention regularly and with choice will increase your ability to find solutions to just about any obstacle that may come in your life.

Some of the deeper aspects of yoga may not be readily available in life, but they still seem to happen for a significant percentage of the population, enlightenment for example. There are great ways to get enlightened, but who has the time to sit for hours a day over years in a monastery. Nonetheless, people are more and more enlightened today than just a few decades ago.

I started taking with Enlightenment Intensives in the 70’s when people weren’t commonly aware of a deeper truth of Self. But, today I meet people all the time who truly know who they are, many on a fairly deep level.

Yoga is so much more than stretching exercises. It is a path that everyone is on. It is beyond religion and belief systems. It is a natural path that will take everyone to a state of union with the universe. There is no way to avoid it, in fact, on a deep level you have already agreed to it, otherwise you wouldn’t be here. 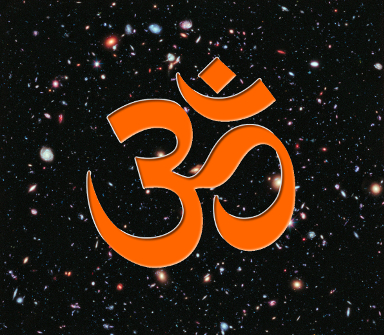